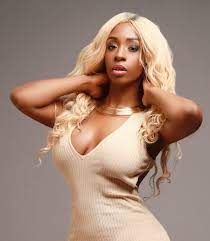 With motivational steps of life Goddess Venus born Venus Martin has cultivate the entertainment industry with appeal of sexual temptations of the desires with award winning tracks that embody a goddess in its own right. Born in Brooklyn New York (Malboro Projects) raised with many sibling brothers she grew a craft and skill of rapping watching her brothers do it all the time she found her love in the pen to tell her story. Seeing her brothers come up lyrically in the early 90’s era she grew a love and desire to become a musician / artist herself. Influences included Jay-Z, for his business mind set and ambitions, Fabulous, for his style and finesse, Beyonce, for her grace, Foxy Brown for her boss like attitude taking inspiration from these entertainment greats she curated and made her own walk to the beat of life. Professing to herself to take this serious in Middle School and High School she took music classes and vocal training. Her style is describe to be unique and compelling as BOSSY, SWAGGY, SEXY and COOL! Being a positive reinforcement to music entertainments great performers she has been able to touch and inspire people with her words. While being in the vast fast pace entertainment environment she has had to deal with multiple obstacles of curators, think tank groups and entities of people trying to change her. She could only be her unique self learning the craft she took steps to dominate. Her style being one of one, her look on beat and her swagg on fleek has made her a household name to be known in the industry of great musical works.  Although she has a facade of fab fashions and she flosses cool dance moves, she does not want people to be distracted by this or to only focus on her sexy style. She represents being the boss of yourself and taking control of your life. She is about women empowerment and encouraging others to chase their dreams and not to settle in life. She is a hard worker and brings more to the table than just looks. What she wants to expose to the world is a woman who is smart, talented and who demands respect!

However, the lyrical content of Goddess Venus’ music has a very profound message behind it and she wants people to get to know that and to get to know her! Her name birth name is Venus and as many know, Venus is the Roman Goddess of beauty and love and her style as well as her music represents just that and so much more!

UMG Network is an independent resource tool for musicians / artist promotion, marketing and syndication of content across multiple platforms run by the collective network. Musicians are selected and picked directly by Architect & Founder Mr. Dope Chef. All artists have given full permission to help further their career in the entertainment business.

With  a fierce compelling sexual aura and dynamic lyrics to make her unique “Goddess Venus” is definitely a musician on the come up networking her sound around the globe. Sexy bright and versatile she has broken many barriers in the entertainment business.